The Marine Veterans Color Guard was formed in 1992 to honor the traditions of the United States Marine Corps and to serve its veterans in military and civil ceremonies. Former and current members of the Color Guard have served in World War II, China, Korea, Japan, Vietnam, and Iraq.

For availability and information on the Color Guard call: 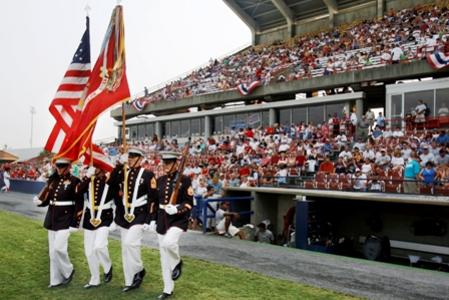